According to statistics from Vietnam Fire and Rescue Police Department, in the first 6 months of 2017, there were 2,364 fire cases (increase 858 cases, 56.9%), 51 people died, 95 injured, property damage about VND1,173 billion. Fired at home, industrial parks, factories are still very complicated. The main cause was 1,017 cases of the electrical system and electrical equipment (43%).

With the close attention of the BOD, safety policy has always been the top priority, at the end of November 2008, Sigma Engineering in cooperation with Fire Police No. 3 continued to implement a fire protection training program at FLC Twin Towers, 265 Cau Giay, Hanoi. 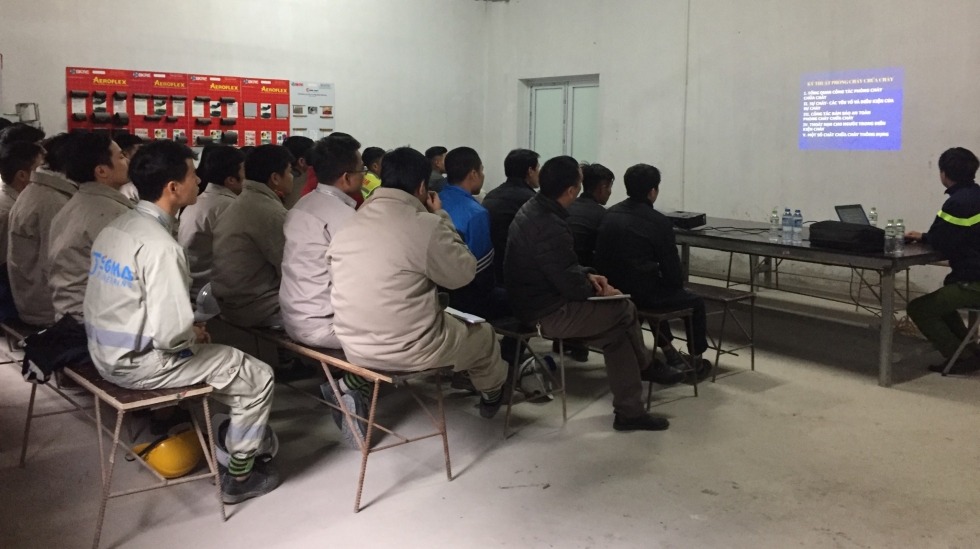 The participants were attended in the training program
At the training, Sigma and other contractors have been instructed skills and firefighting operations to limit the risk of damage to people and property in the construction work, which is implemented under the fire prevention and firefighting law. After being fully trained in theory, the participants were directly practicing the exercises. 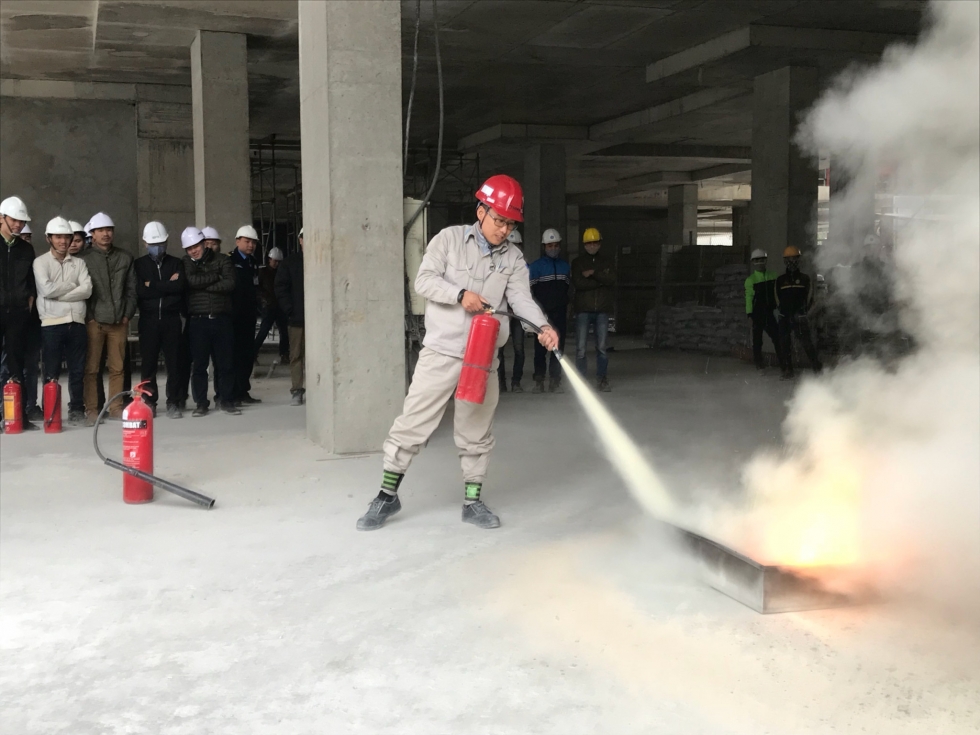 The participants were directly participating the exercises
Specific training contents include:
The training program ended successfully. Participants have been granted Fire prevention certificates after mastering the theory and know how to respond when the problem occurs.