The 3rd blood donation program at Sigma - A drop of blood, a life to live

Opportunities and challenges in developing wind power in Vietnam
The Final Round of Sigma Champions League 2019: A graceful meeting between the Big brother of Electrical Team and the Red Imperial Guard

After nearly three months of exciting and interesting competition, more than 50 matches were closed with 218 goals, 5 red cards and 44 yellow cards. These impressive figures have somewhat expressed the tension and drama of the SCL tournament this time. The tournament ended with the championship belongs to  E1 team – the big brother of Electrical group, with a beautiful, attractive and discipline stone.

The SCL playground is designed to strengthen the spirit of solidarity, exchange learning and improve the health of all members of the company. On the afternoon of December 10, 2017, the final matches of the Sigma Champions League final in 2017 took place excitingly and attractively on Bang B Stadium with the full participation of all members from 8 teams.

The matches were officially started at 13.00, but at 12.00, many football lovers in general and Sigma football lovers in particular were present at the stadium to watch the most anticipated match of the year. The weather was cooler than ever, but the heat was not overwhelming because the fans were warming up enthusiastically, intermingled with the Sigma's flag spotlighted in the sky.

Firstly was the 7th prize competition between two Electrical groups: E2 and E3. Although not ranked high and have not really luck in this tournament, the participation of these two clubs have left in the hearts of fans so many beautiful feelings. The 10th minute marked the important moment when E2 had the advantage of scoring a goal in the opponent's net. The score was maintained until the end of first half of the game. In the second half, E2 did not keep their advantage when their opponents, E3 strikers, regained their equilibrium when leveling the score 1-1. Minutes later, E2 once again demonstrated the bravery compared with the opponent when the score increased to 2-1, and this was also the final score of the match. 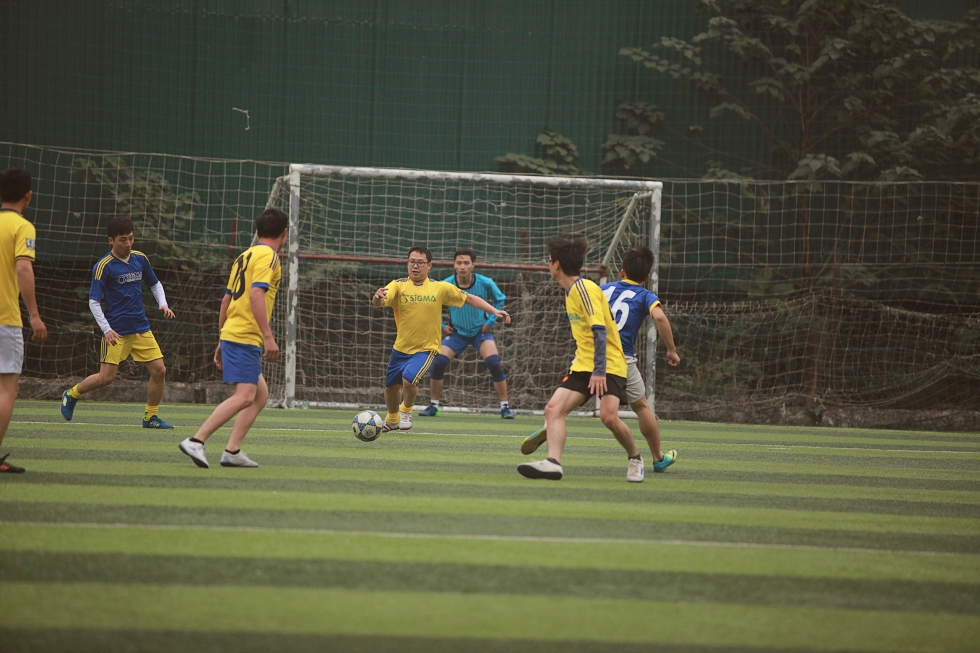 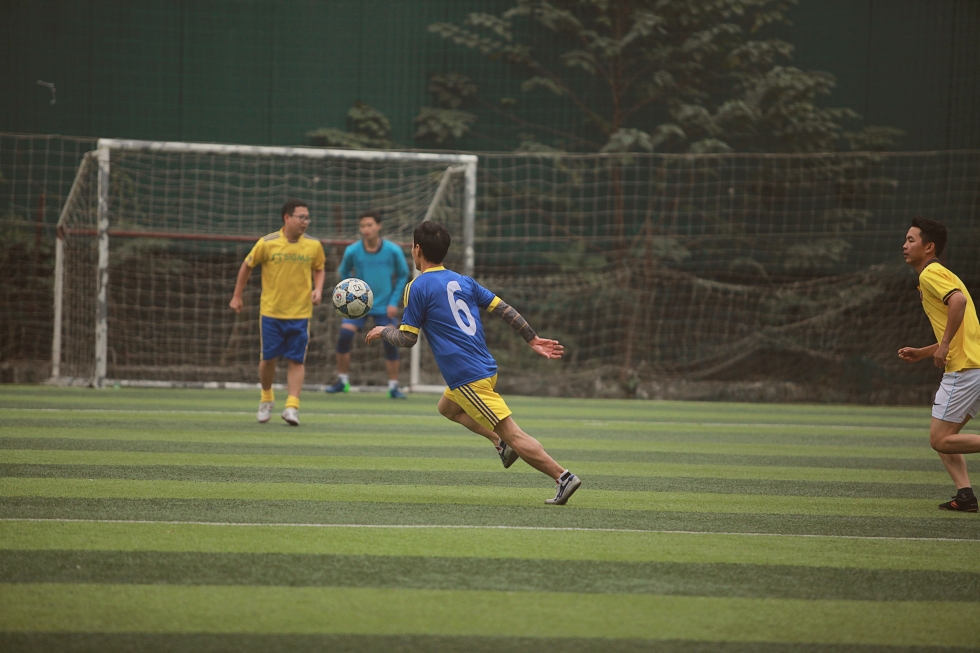 The match between E2 and E3
At the same time, it was the fifth match between E4 and M2. From the very first minute, E4 has repeatedly made stunts from fixed situations, but the lucky god had not really genuinely smiled as they had not found their way into the opponent’s net. M2 was trying a lot but this team did not pass the E4 goalkeeper. One passed when both teams failed to score any goals. In the first minutes of the second half, the two teams were raising the squad to find the goal, the tactics seemed to take effect when the M2 boys have found their way into the net, raising the match was 1-0. Subsequently, due to a fault of the E4 goalkeeper, two consecutive goals scored in the net of M2, raising the score to 3-0. E4 team tried their best to counter-attack but did not score any goals. At the end of the match, M2 won the 5th prize competition. 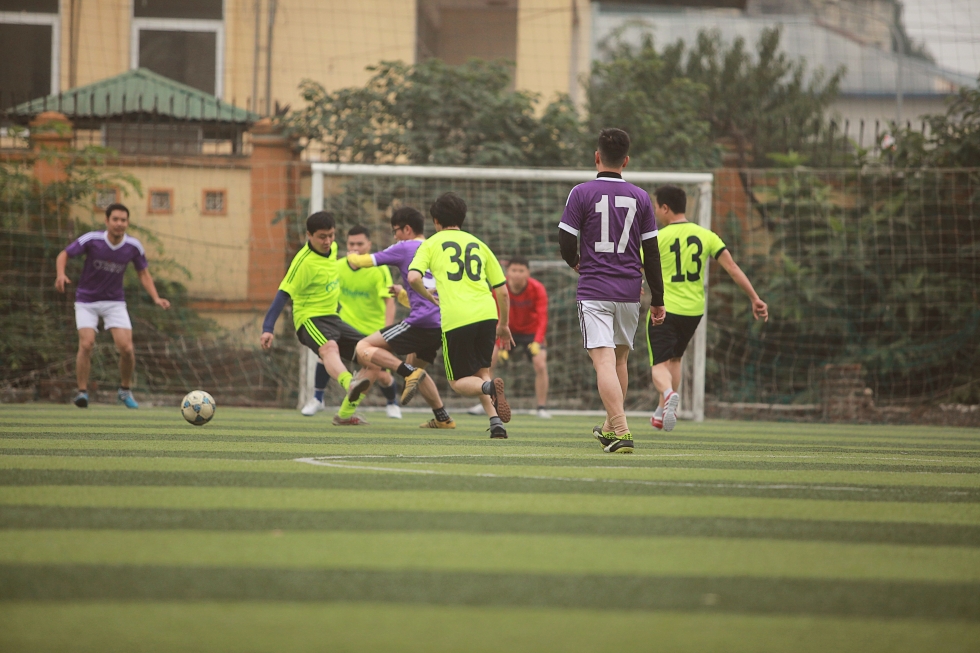 Fifth prize competition between E4 and M2
Next is the third match between M1 and M3. In the first minutes, the M3 had already hit the score in the M1 net, but no goals were scored. In the middle of the first match, M1 striker fired a dangerous shot, bringing a goal for M1. The last minute of the first half took place when M3 regained the 1-1 balance of the match. The second half took place with a series of dangerous phases; M3 continued to score a goal into the opponent, raising the score to 2-1. This was also the final score and M3 accepted to get the bronze medal for this tournament. 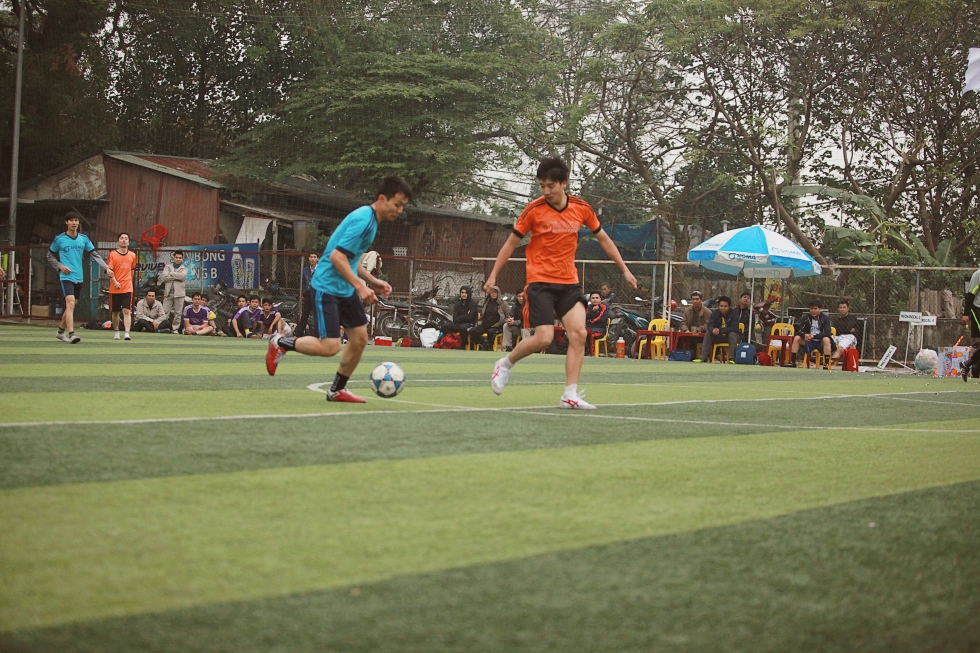 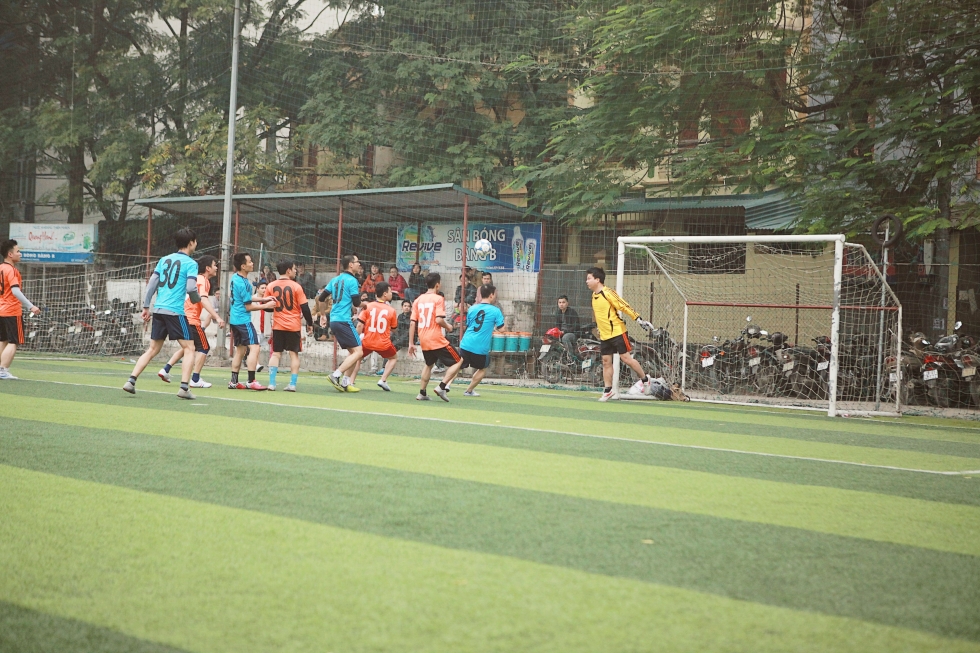 The dangerous shot at the goal between M1 and M3
The final match was going to be tough in the first minute, the true nature of the most anticipated game of the season. At the 5th minute, E1 striker Nguyen Kien Thanh scored a goal, raising the score to 1-0. Two minutes later, the striker immediately scored a 2-0 lead. Given two results, Safety rolled out the dangerous response. At the 17th minute, efforts had officially become number when striker Bui Van Thanh got one goal. The second half passed with a series of dangerous opportunities, but no goal was scored. Safety raised the whole squad with the purpose of pushing the game in the penalty shootout. Despite all the efforts, the Red Imperial Guard accepted to bring the Silver medal for this tournament. 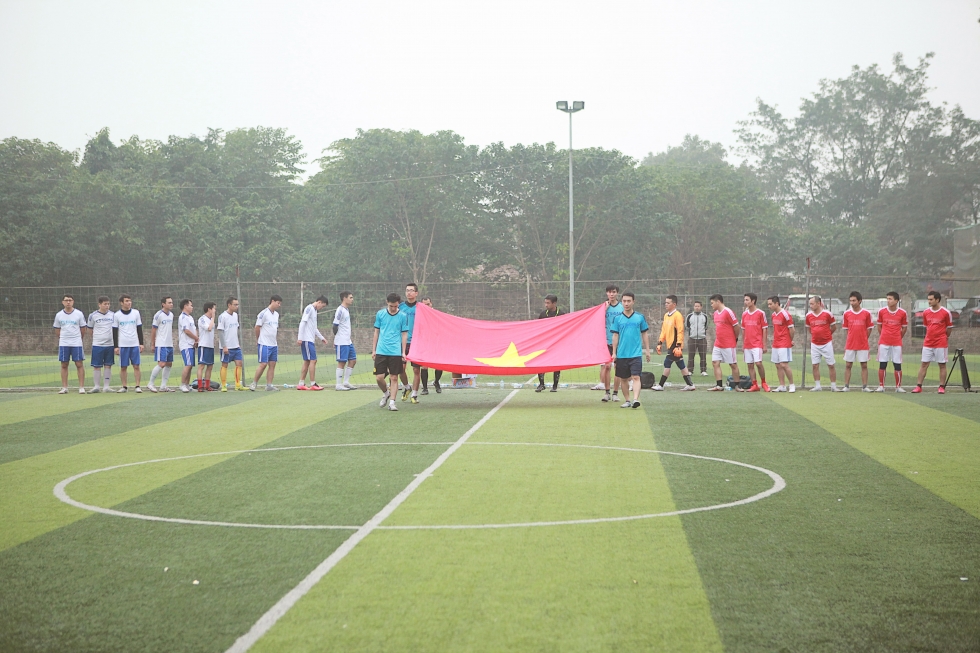 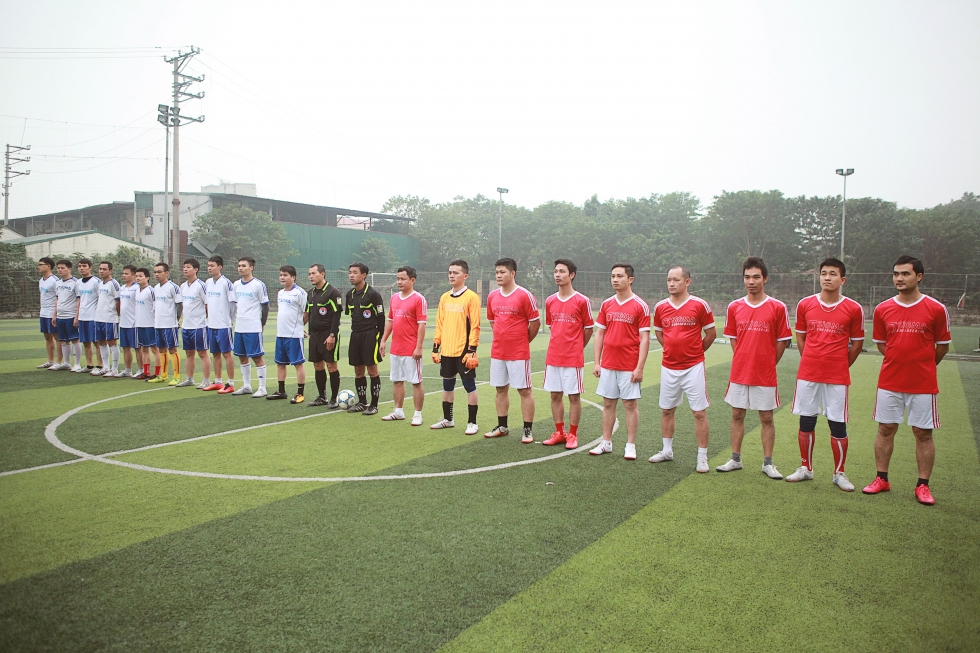 Portraits of the best teams of the season: E1 and Safety 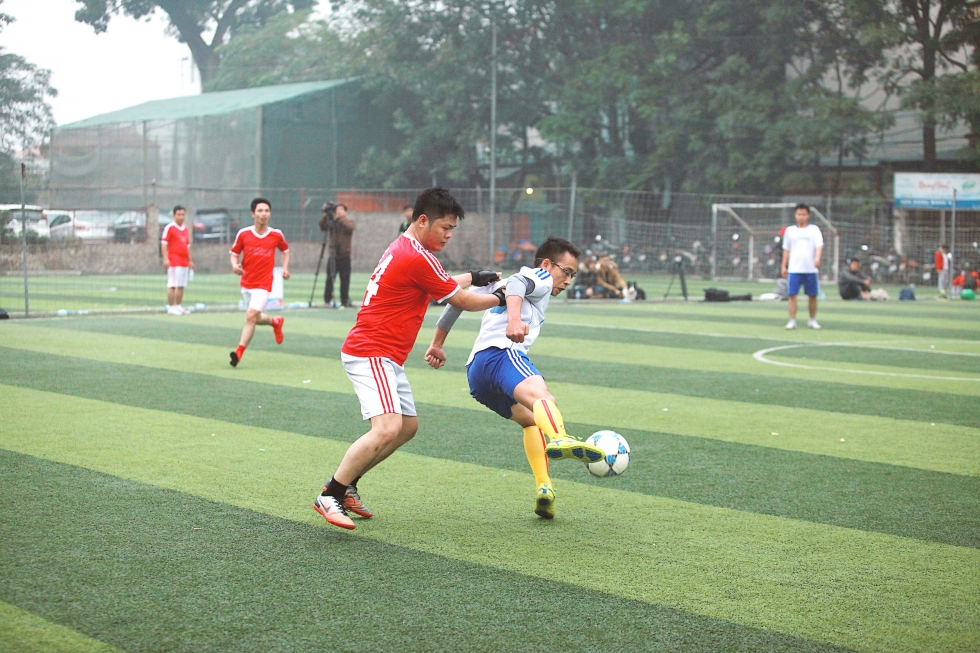 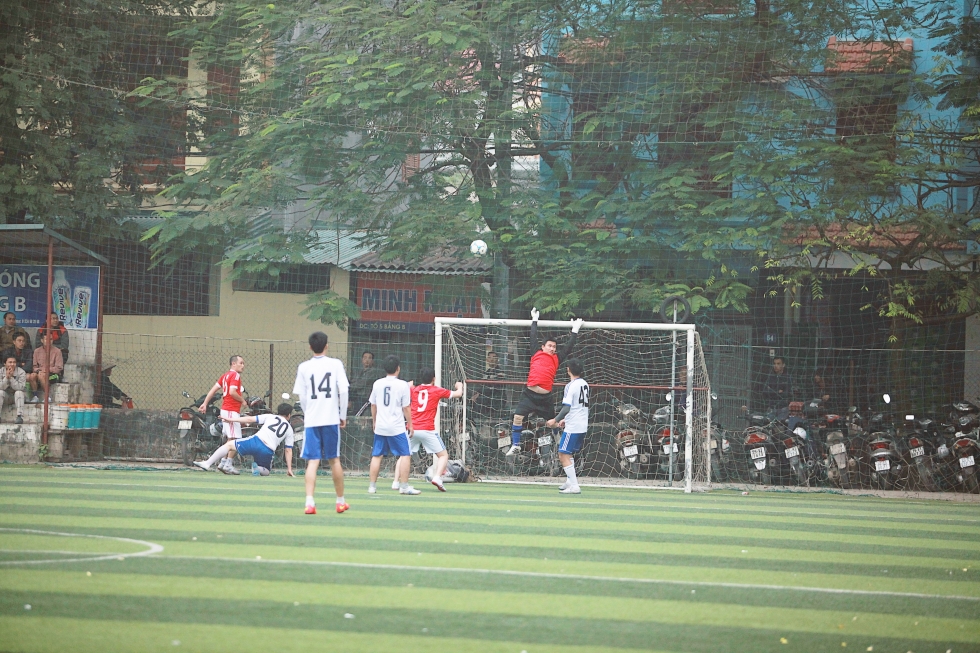 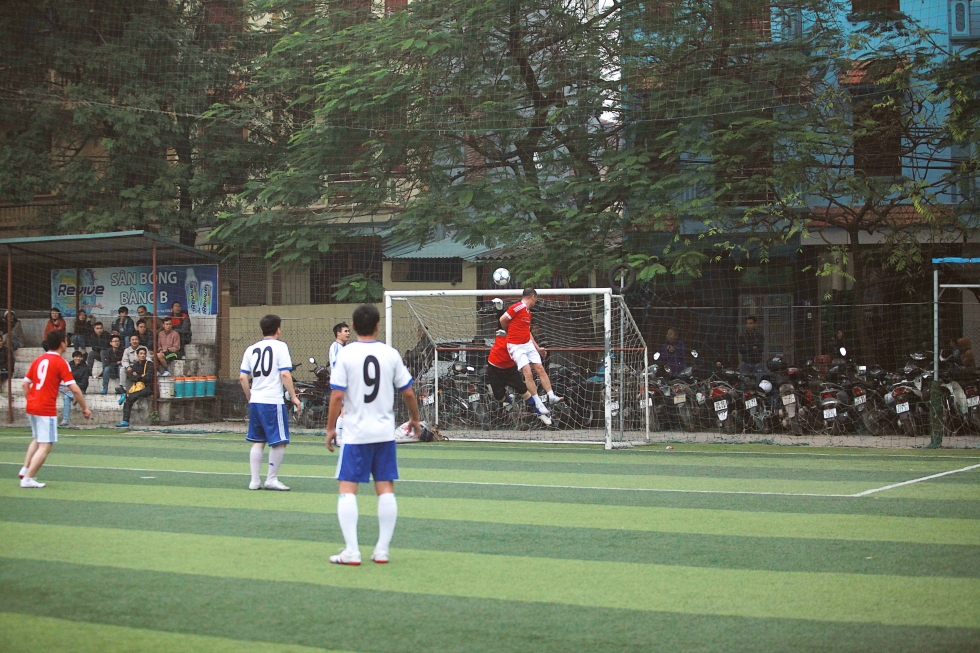 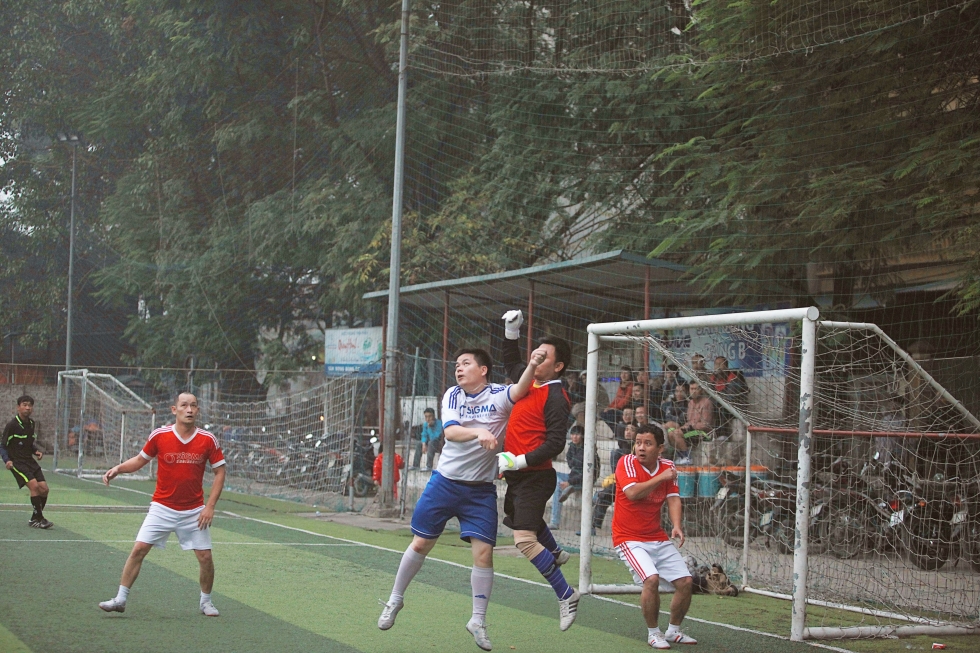 The dangerous football phase between two teams
So the history of the SSC has not repeated, the trophy has belonged to the worthy. The SCL tournament has brought so many emotions together. To have a great, professional, engaging tournament is a great endeavor for the members of the organizing committee, support groups, players and the fans. The organizers also would like to thank the support and assistance of the Management Board of Bang B Stadium. 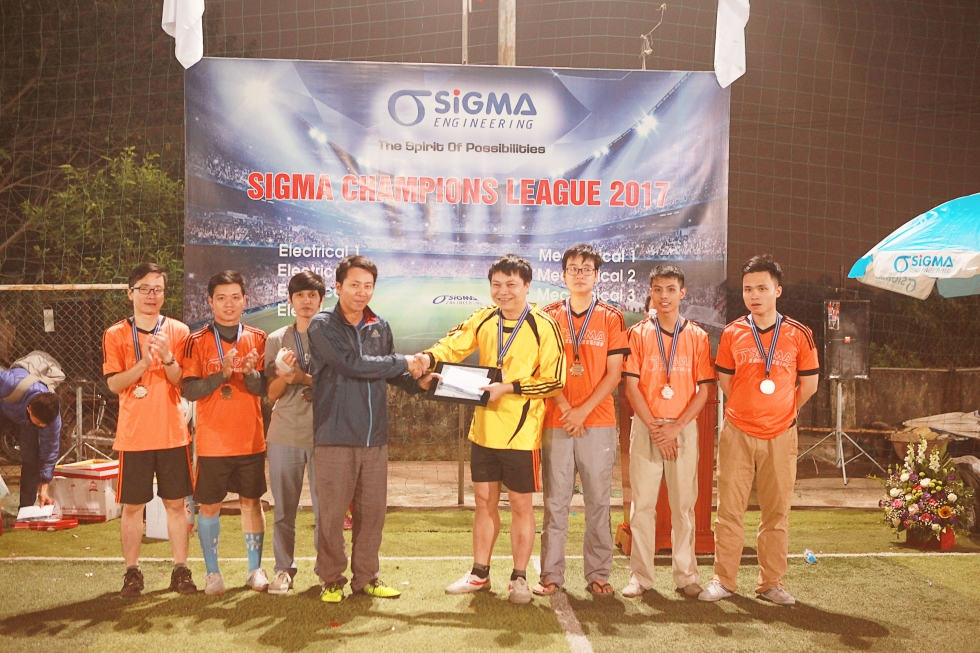 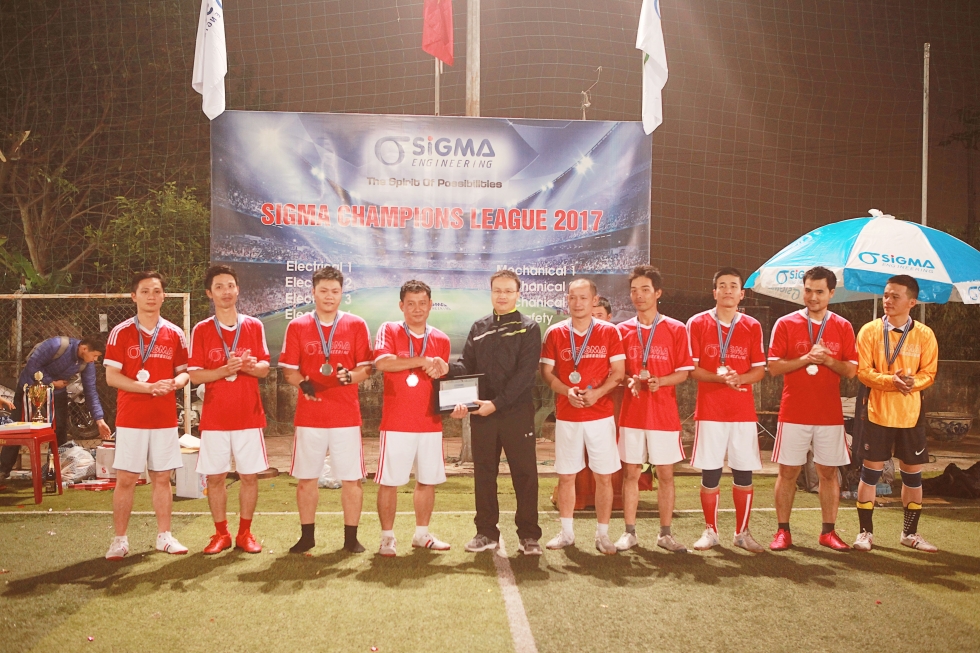 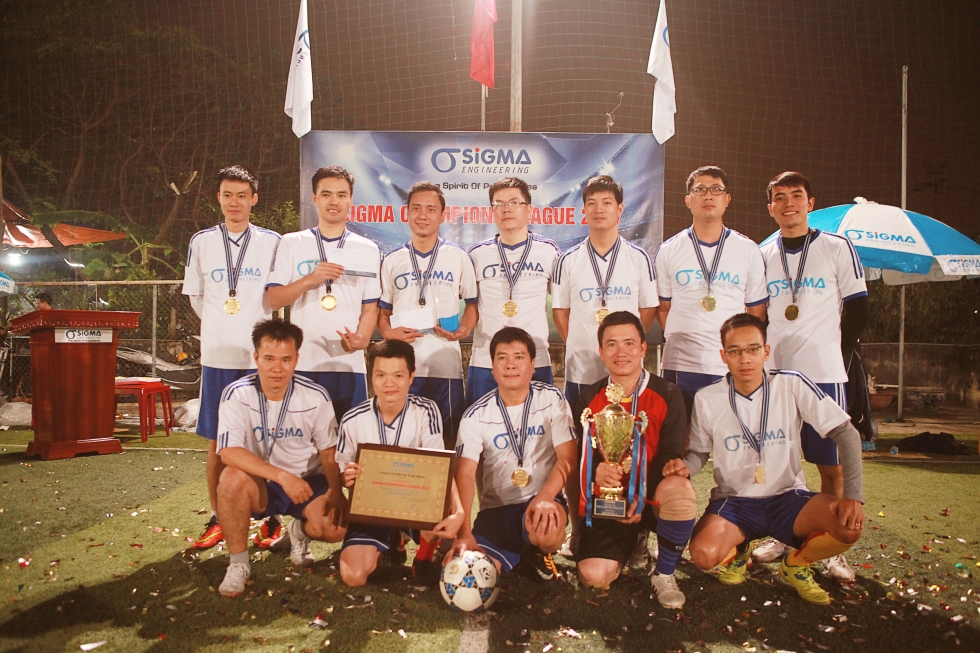 The winner of SCL 2017: E1 team
We would like to thank all the members of the company for their support and encouragement to make the successful tournament.